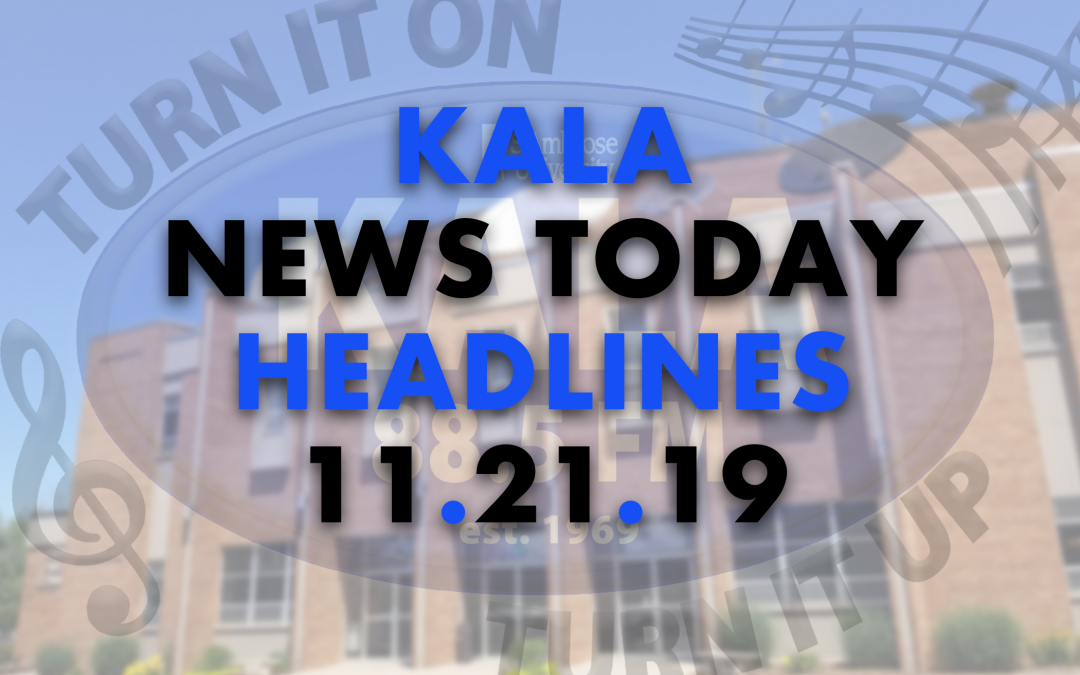 5th Street in Rock Island is closed between 17th and 18th Avenues because of a water leak investigation and repair. The street needs to b3e closed in order to fix it, and for the safety of the crews working on it. You can use 9th St. as an alternate route. Be aware of probable traffic delays around this area. With favorable weather, this project is expected to be done the Friday after Thanksgiving.

A reminder for East Moline residents. Yard waste disposal is available free of charge until Dec. 6th. Services will be closed next week for Thanksgiving. You can pick up a bundle of free bags every week at any of the following locations:

Since next week is Thanksgiving, we’d like to remind listeners of some city closings during the holiday.

Davenport celebrates Thanksgiving on Thursday and Friday next week. All city offices and the Public Works Center will be closed, as well as the Police Department front desk and records. The public libraries are also closed during that time. Click here for a full list of closures in Davenport.

The City of Bettendorf is closing its offices for the holiday celebration too. City Hall is closed Thursday and Friday, and garbage, recycling, and yard waste collection are delayed one day. So, if you normally receive services Thursday, you will receive them Friday, and if you normally receive them Friday, you’ll get them Saturday. Transit is not open on Thanksgiving Day but reopens the day after. Click here for more information.

On Saturday, Nov. 23, some streets in Downtown Davenport will be closed for the Festival of Trees parade. Check the map to see when cars need to be moved from certain streets. 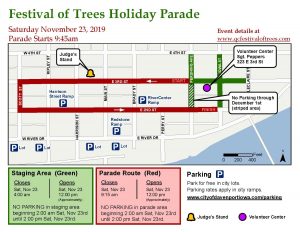 KALA News Today will take next week off for Thanksgiving break. It returns Tuesday, Dec. 3 at 11 a.m. 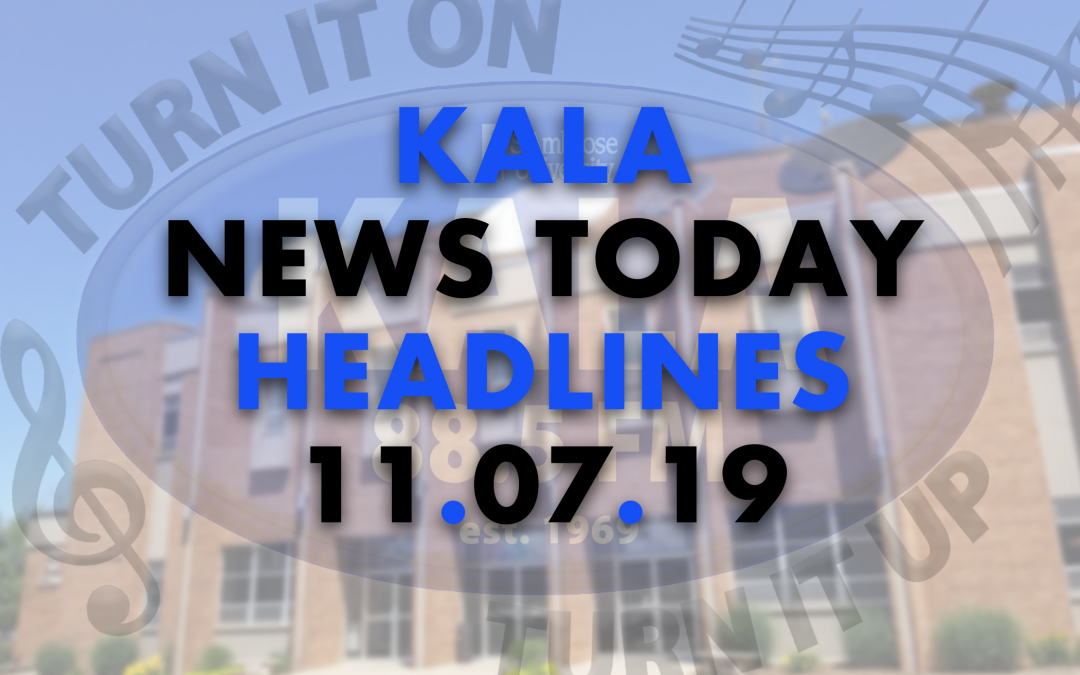 In Davenport, steps are being put in place based on the Mayor’s Flood Task Force. This can include recommendations for ways to mitigate flood measures and the financial repercussions of keeping River Dr. open during floods.

City staff has contracted the Corps of Engineers’ Silver Jackets program to make a Floodplain Challenges and Opportunities model. That means they’ll make a report that talks about the social and economic factors, as well as name areas for traditional or out-of-the-box flood mitigation needs.

One of the most visible after-action activities is to remove the medians on River Dr. between Perry and Iowa. That will begin next Wed. For more information, please visit the City of Davenport website.

We would like to remind you that Veteran’s Day is on Monday, and that may affect local businesses. Some city offices are closed. Depending on your city, some services will be delayed a day, like in Davenport. Solid waste, recycling, and yard waste collection will start again on Tuesday. However, in Moline, garbage and recycling pickup will remain on the normal schedule.

In preparation for Veteran’s Day, we at KALA would like to thank those who served on our behalf. Thank you for your service.

Today, Nov. 5, is Election Day, and Davenport residents are voting between Mike Matson and Rita Rawson for mayor.

Mike Matson is hoping his roots in Davenport will give him the home-field advantage this election.

“I just want to help make this city the most productive, safe, stable, and welcoming community possible,” Matson said. “I grew up here, raised my family here, and want to help move Davenport forward as your next mayor.”

Rita Rawson, on the other hand, says her consistency would benefit the community, and her skills would be magnified at the mayoral level.

“So, the community work I was doing before I was on council, I have continued working on. This is all the same items I’ve been working on this entire time. Nothing changes in that regard. Because if nothing else, I am consistent,” said Rawson.

Alderman and school board positions are also on the ballot today. Polls are open until 8 p.m.

The Cities of Davenport, Moline, and Rock Island are hosting focus groups for stakeholders and community members to talk about housing issues in their communities.

The first one is tonight between 4 p.m. and 6 p.m. at the Moline Township Office, located at 62018th St. in Moline. Tomorrow, Nov. 6, in Davenport, between 10 a.m. and noon, the second focus group will be held at the Davenport Public Library, Fairmount Branch, located at 3000 Fairmount Street. The group will meet in the SCRA Meeting Room. Later tomorrow afternoon, between 2 p.m and 4 p.m., is the final focus group. That will be held at Rock Island’s Martin Luther King Jr. Community Center, located at 630 9th St.

And the City of Bettendorf is preparing for winter conditions and would like to remind residents of some citizen responsibilities during the winter.

Bettendorf’s standard for snow or ice control is to have cleared public streets and sidewalks within 24 hours of an average snowstorm. Alleys and recreational trails are later priorities but will be cleared unless the main streets need more attention.

Residents, to help, you can remove vehicles from the streets, letting crews push snow onto the curbs. The City Code prohibits parking in the turnaround end area of cul-de-sacs until all the snow is cleared.

Please don’t push snow into the street when clearing a driveway. Violators can be cited for this, as per the City Code.

Any sidewalk over six feet wide will be the city’s responsibility to clear; otherwise, it falls to the homeowner. Sidewalks must be cleared 48 hours after the snow event has ended, no matter how much snow or ice has accumulated. Property owners who fail to comply can be cited, and the city will get a contractor to do the work and then charge the resident.

It is not quite winter yet, but it’s not bad to start planning ahead, as more snow has been mentioned in some forecasts. For questions regarding winter responsibilities, residents can call Bettendorf Public Works at 563-344-4088.